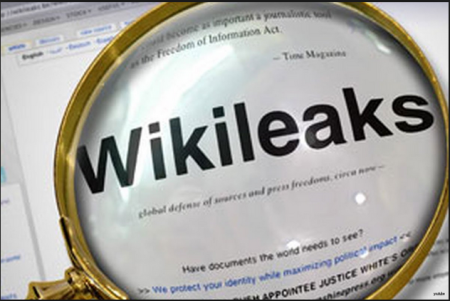 WikiLeaks released e-mails this week showing that in January 2015, Hillary Clinton’s campaign staff studied carbon taxes, but avoided publicly advocating them because voter surveys indicated weak support.[1] Clinton’s polling confirms what others have found: Standing alone, carbon taxes are not an easy sell. But a more recent survey suggests that when the purpose and effect of carbon taxes are explained and the policy is coupled with a tax credit to offset financial impacts on low- and moderate-income households, plus assistance for displaced coal workers and reduced regulatory burdens, 66% of voters register support,[2] including 44% of Republicans and a whopping 86% of Democrats.[3]

During the 2016 presidential primaries, Senator Sanders advocated carbon taxes as a key climate policy. By July, reporters were asking Clinton campaign chairman John Podesta and energy adviser Trevor Hauser about carbon taxes. Both said that a Clinton administration would consider a carbon tax if Congress proposes it.[4] And Senator Schumer, on track to become Majority Leader, predicted that a carbon tax is “likely to pass the Senate” if Democrats regain the majority.[5]

In this context, the next Congress and the next presidential term may offer a long-awaited opportunity to enact carbon taxes, perhaps as part of broader tax and regulatory reform.

Carbon taxes might more fairly be called “carbon pollution fees” because they impose a fee for each ton of carbon dioxide dumped into the atmosphere, thereby creating economic conditions for a rapid, efficient shift to renewable energy and efficiency.[6] Furthermore, carbon taxes can reduce or avoid the need for more costly regulations and subsidies, appealing to libertarians and “free market” conservatives.[7]

And unlike regulations and subsidies, carbon taxes offer a substantial revenue stream that will grow for decades. Starting at $42/T CO2, the current official “Social Cost of Carbon,” a carbon tax would generate roughly $220 billion in its first year, approximately 5% of federal revenue.[8] A carbon price trajectory aggressive enough to drive down U.S. CO2 emissions 80% by 2050 would need to ramp up to about $440/T by 2050,[9] and would generate roughly $440 billion/year by mid-century even with only 20% of today’s carbon emissions. That’s approximately $11 trillion in cumulative revenue over the next 36 years.

The climate benefits of a carbon tax derive from its persistent, ubiquitous and rising price signal, efficiently directing investment and economic activity in all sectors away from fossil fuels and towards renewable energy and efficiency.[10] Furthermore, carbon taxes can reduce or eliminate the need for more costly and intrusive regulations and subsidies that do not produce revenue. From a climate policy perspective, the choice of how to allocate carbon tax revenue is secondary[11] with the caveat that a distributionally-fair design must protect purchasing power of low- and moderate-income households in order to remain politically viable. The Congressional Budget Office has estimated that approximately 27% of net carbon tax revenue would be needed to fully compensate low and moderate-income households;[12] existing mechanisms could efficiently distribute those funds without new programs or payment systems.[13] And that leaves 73% of the revenue from a carbon fee available for other purposes.[14]

Funding sustainable infrastructure[15] or renewable energy with carbon tax revenue could magnify the climate benefits of “internalizing” the cost of climate pollution. In his 2016 State of the Union Address, President Obama proposed a $10 per barrel oil fee to fund infrastructure, a modest first step toward internalizing fossil fuel costs to fund a high priority and potentially transformative investment in public capital. Both major presidential candidates call for drastically increased infrastructure spending to help transform the U.S. economy and spur employment. Hillary Clinton calls for $125 billion/year; Donald Trump has suggested even higher figures.[16] Repair and maintenance of existing transportation infrastructure offers an especially high return on public investment[17] and is broadly supported by voters[18] increasingly irritated at traffic jams, transit and train delays.

Other attractive revenue options include payroll tax relief which would offset regressive impacts while spurring employment and economic growth.[19] Many economists and policymakers, including some conservatives and libertarians,[20] call for comprehensive tax and regulatory reform (a “grand bargain”), which could include carbon taxes to fund reductions in other taxes that inhibit economic growth.[21]

The list of revenue options and combinations is virtually unlimited. A basic tenant of public finance is that appropriations decisions should be based on public priorities. Earmarks and slush funds constrain appropriators, effectively letting special interests cut in line. Similarly, climate policy advocates should not latch on too tightly to their preferred revenue options.[22] Our focus must be on enacting a broad-based, briskly-rising carbon tax to create investor and consumer price expectations that make it pay to start reducing carbon pollution immediately and to continue de-carbonizing for the next half century.[23]

Next year could be our big chance for simple, effective and globally-replicable climate policy. Get ready for carbon taxes in 2017!

[2] Steven Kull et al, “Americans on Clean Power,” University of Maryland, 9/12/16, at p. 33-35. (Kull is Senior Research Scholar and director of the Program for Public Consultation. The survey was conducted from April – June 2016.)

[4] During the Democratic Convention, reporters asked Podesta about Clinton’s views.  Podesta conceded that “if Congress wants to come forward with [a carbon tax proposal], we’ll take a look at it.”  “Carbon tax debate is back,”Politico, 07/27/16.

[6] For a clear, balanced overview of recent literature on carbon taxes, see Donald Marron, Eric Toder, and Lydia Austin, “Taxing Carbon: What, Why and How,” Tax Policy Center, June 2015. (Marron has earned impressive conservative credentials, including a stint on George W. Bush’s Council of Economic Advisers.)

[13] Chad Stone, “Designing Rebates to Protect Low-Income Households under a Carbon Tax,” Resources for the Future, 9/24/15.

[22] For example, Citizen’s Climate Lobby insists, “Any proposal that does not return the proceeds of the tax to citizens through rebates won’t receive the Citizens Climate Lobby’s support.” (Quote from “Why Texas holds the key to carbon taxes,” Houston Chronicle, 9/30/16.) And on the other extreme, in Washington state, the Alliance for Jobs and Clean Energy is opposing I-732, a ballot initiative for a substantial carbon tax whose proceeds would cut the state sales taxes and supplement the Earned Income Tax Credit, out of disagreement with its revenue distribution. (As reported by Dave Roberts in “The left vs. a carbon tax,” Vox.com, 10/18/16.)