A modest, steadily-rising carbon tax as proposed a month ago by the Climate Leadership Council would be more effective and globally-replicable than existing greenhouse gas regulations. That was the unanimous conclusion of three energy economists and one oceanographer turned climate lobbyist who spoke at a forum yesterday 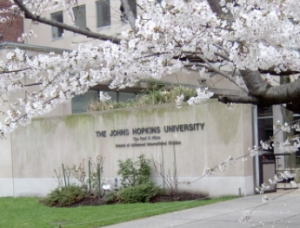 at the Johns Hopkins School of Advanced International Studies in Washington DC. Moreover, the panel stressed, both climate activists and legislators seeking to improve the efficiency and fairness of the tax code have good reasons to seriously consider such a replacement strategy.

Danny Richter, legislative director of Citizens’ Climate Lobby suggested that a revenue-neutral carbon tax can help depoliticize climate policy. In conversations on Capitol Hill, Richter said some Republicans seem to be looking for issues where they can show independence from the Trump administration and instead align themselves with science. Richter thinks climate policy may be their golden opportunity. Richter pointed out House Resolution 424, sponsored by 16 Republicans, calling for “American ingenuity, innovation and exceptionalism to create and support… to study and address the causes and effects of measured changes to our global and regional climates…” Richter said CCL is seeking support from another two dozen Republicans to create an effective, conservative pro-climate voting bloc in the House. 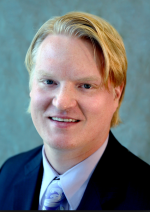 Marc Hafstead, a research fellow at Resources for the Future, discussed the results of the macro-economic model he developed with pioneering climate economist Lawrence Goulder. The model compares effectiveness and economic effects of climate policies. Hafstead reported that CLC’s proposed tax of $40/T CO2 rising 2% annually would easily surpass the emissions reductions from EPA’s Clean Power Plan. He seemed to prefer a more modest starting price of $20/T CO2 with a more aggressive 4% annual ramp-up, but he concluded that either carbon tax proposal would easily out-perform EPA regulations. CLC’s proposal to return carbon tax revenue as a lump-sum “dividend” is distributionally-progressive (benefitting low income households the most) but Hafstead pointed out that it is more costly in the aggregate (as measured by GDP) than using revenue to cut other taxes that slow economic growth. Hafstead finds that cutting the top corporate income tax rate, a long-standing Republican policy goal, is the most efficient revenue option. Hafstead concluded by underscoring the dual benefits of reducing climate risk by taxing carbon while simultaneously spurring growth by cutting distortionary taxes. 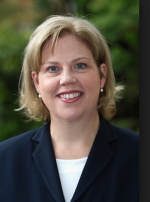 Adele Morris is a Senior Fellow at the Brookings Institution who served at the State Department as a climate negotiator in 2000. Morris congratulated the Climate Leadership Council for re-starting and focusing the conversation about how to design and implement a carbon tax which she finds more interesting than tiresome debate about “hoaxes” and whether climate policy is needed at all. Morris stressed that the substantial, growing revenue stream from a modestly-rising carbon tax offers attractive options for embedding it in broader tax reform. And she emphasized that a carbon tax would maximize U.S. leverage in climate negotiations; a price instrument would facilitate transparent comparison of national ambition in those negotiations. She observed that it’s relatively easy to compare prices, but it’s complicated to negotiate and verify achievement of quantity-based targets. Morris responded to critics of carbon taxes who assert that carbon taxes aren’t efficient unless the price is set optimally. She pointed out that because the incremental damage from carbon emissions increases non-linearly over time, the potential cost of excess abatement is likely to be tiny compared to the benefits of getting ahead of that ominous upward-curving climate damage function. Morris’ top-line message: a carbon tax will be much more cost effective, transparent, replicable than regulations. 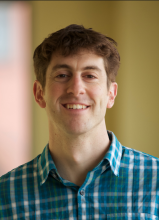 Noah Kaufman, a climate economist at the World Resources Institute, recently served at the White House Council on Environmental Quality. Kaufman suggested that carbon taxes may not need to rise to the high levels that standard economic modeling predicts. Observing the brisk pace of recent energy technology innovation, Kaufman suggested that even a modest carbon price could spur even more rapid low-carbon energy innovation and implementation. He also pointed out that the carbon tax in British Columbia has been more effective than standard models predicted. He speculated that the high visibility of the carbon tax led to greater behavior change than equivalent price changes normally do. Finally, Kaufman pointed out that a modest carbon tax such as the CLC proposal could obviate the Clean Power Plan. He expects that even a modest federal carbon tax would reduce emissions enough that states would be in compliance with the EPA rule. That suggests a possible compromise, perhaps avoiding a conflict over repealing the CPP that environmental organizations struggled to promulgate.

James Handley coordinates the Carbon Tax Network. From its inception in 2007 until 2016, James served as policy analyst and Washington representative of the Carbon Tax Center. In that capacity, he attended Congressional hearings, studied and digested climate economics and climate policy literature; providing timely reports, summaries and blog posts for CTC's website while building a network of activists, academics and policymakers to support and advance transparent taxes on carbon pollution. Prior to CTC, James represented environmental and citizen organizations, including Beyond Pesticides and the National Organic Consumers Association in public interest litigation. Prior to private law practice, he served 14 years at EPA, enforcing environmental law, where he also served as an officer in EPA's union, representing science and legal professionals, especially whistleblowers. Before law school, James specialized in environmental and energy-efficient design at Brown & Root, Inc. and Scott Paper Co. James holds degrees in Chemical Engineering (Economics minor), Law (JD), and Environmental Law (LLM, highest honors). View all posts by James Handley